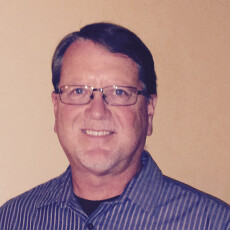 Bob was born on Long Island and grew up in Hauppauge where he met and married his high school sweetheart, Debbie. After attending college for 2 years, he left to support their new family. He started working as a carpenter in 1980 and is now a construction supervisor for a local residential home builder. Bob and Debbie have 4 children. Three girls named Sheryl, Melissa and Allyson. All three are married and have given them 6 grandchildren. Their youngest child is a son, Robby. He is 26 and is in his second year of medical school. Bob came to faith in Christ mainly due to Debbie bringing him to church while they were dating. After a few months of hearing a local pastor preach he went to speak to him after an evening service and made the decision to follow Christ. Bob has been attending Grace Presbyterian Church with his wife, for about 3 years. He has been involved in Christianity Explored, led a few small groups at their home and has helped with some construction projects at the church, including some for Grace Camp. He and Debbie have also been involved in a Marriage Ministry called Marriage Encounter since 2001. They have been able to travel to different states sharing the story of their marriage which has often led to counseling couples struggling in their marriages. 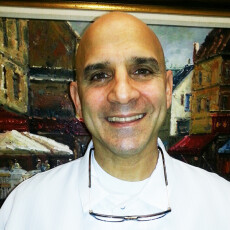 Dr. Robert Maimone was born in Brooklyn, NY.  He graduated from the Johns Hopkins University where he played Division 1 Championship Lacrosse, and later attended the NYU College of Dentistry where he received his Doctor of Dental Surgery degree.  He then completed his hospital residency at the Montefiore Medical Center where he became a Board Certified Oral and Maxillofacial Surgeon. He attributes his coming to faith to a co-resident that worked alongside him during his medical training who modeled what the Christian life should look like, and by his example Dr. Maimone became a Christian at the end of his residency in 1986.  Dr. Maimone met his wife of 22 years, Alexandra Winslow Maimone, at Redeemer Presbyterian Church in NYC, where he previously served as an elder.  They have two children, Elizabeth, who is in the eighth grade at the Stony Brook School and Matthew, who is in his second year at the Juilliard School.  He has served in leadership positions within the PCA, including most recently, Grace Presbyterian Church where he currently serves as a trustee.

About Us • Our Officers